After four months without football, this Saturday sees the return of non-league and a busy pre-season schedule. The end of the 2019/20 season came suddenly, denying clubs the opportunity to complete their season. Instead, they can look ahead to 2020/21.

Walthamstow face Harpenden Town on Saturday as Max Mitchell enters his first full season as Stow boss. While pre-season is usually a chance for clubs to gradually welcome back players and get new ones settled in, it may be a little different this time.

“I think it will be a bit different to what we all are used to because of the COVID situation. We need to be as proactive as possible in the meantime whilst there is a phased return back to normality. It is all about getting the squad a sufficient amount of minutes over pre-season and having a look at a few different shapes and formations and seeing if the players are acceptable to change and can adapt.

“As soon as I came into the club, there were a few things I thought we could improve on and one of those was another forward, Dwade James was a fantastic servant to the club for the last two years with a great goal tally and he deserved his move to step three club Hendon. If he got injured or suspended or lost his form, I didn’t feel we had another option without playing a wide player in that position.

“Recruitment has gone really well in the off-season and I feel confident in the fact we have the right characters at the club to push on and some of the best local talent there is. With the right blend of experience and youth, it’s now about enjoying pre-season after the very long lay-off. I know the boys can’t wait to get going and we feel the opposition we have coming up will test the squad we have at Walthamstow this year.”

The pre-season schedule had been drawn up for Walthamstow with some tough tests. Harpenden Town, Wingate & Finchley, Halstead Town, Barking, Welwyn Garden City, Tring Athletic and Enfield Town had all been put on the cards as high-flying Walthamstow were looking to have a strong warm-up.

“There are a few ex-clubs of mine in their including Wingate & Finchley and Enfield Town who will be very strong along with Harpenden, Barking, Welwyn & Halstead who will all provide stern tests. I’m excited and we want to hit the ground running as soon as possible. I want to install a winning mentality into this squad. We are looking forward to it. At the moment all eyes are on Saturday as that is our first game in a busy pre-season schedule.”

Whilst a number of players had moved on, Max Mitchell had started to put together his squad, bringing in the likes of Jon Clements, David Cowley and Charncey Dash and adding to the quality that has stayed on for the new season. 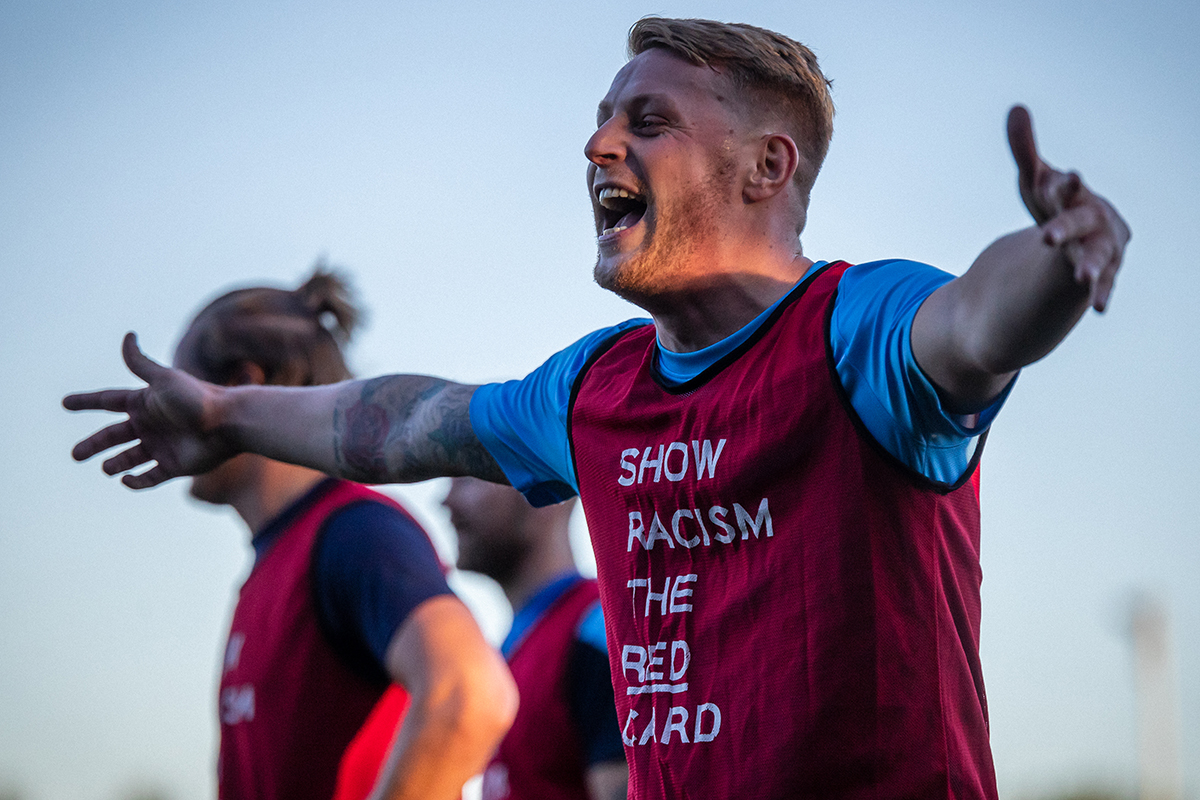 “I think a reshuffle was needed and I think they [the new players] are having fun. Good thing for any manager is seeing your players get better and better week on week, both physically and mentally and there have been some stand out individuals over the last few weeks. We have had players leave for pastures new and some I have moved on and I’d like to thank those players for last years contributions and efforts they made for Walthamstow and we wish them every success at their new clubs.

“It was important for me to get settled early and it’s clear to see the players are building relationships with one another very quickly. You can see over the last two weeks, with the help of our new strength and conditioning coach in Kieran Sauboorah, that the players are really starting to push themselves and get into the required physical condition needed to fit the more condensed season ahead.

“We have a good group of players who will be put in the right environment in training and matchdays and a few of which have experience at this level and levels above but are happy to accept the challenge of the ESL and they are starting to mix really well and I am happy with the progress we have made so far. There are certain characters and personalities that I wanted to bring in to fit the club and hopefully, we can see that over the course of the season.

The pandemic had left its mark on many football clubs who have started to come back in the new normal. Max felt now was the time to be proactive with the return of competitive football.

“Not just myself but other teams will be as proactive as they can be during such a lengthy layoff. The situation isn’t completely over yet and I’m gutted that the supporters can’t attend the pre-season fixtures as they are the backbone to the club and I’m sure they want to come and see the team and some of the new signings. But we’re lucky to have Nathan Hobley with us who will film some of the games so we will make sure they get their football fix.

“It’s going to be a strange one and people need to be realistic in understanding that we ain’t clear of it [the virus] yet so we also have to be careful. I think we need to plan for a number of scenarios. The club have done everything right working alongside Ryan FC & Matchday Centres so we are making sure we are doing everything right and being respectful of the guidelines provided, we certainly don’t want to cut any corners.

“I’m sure there will be a few curveballs along the way with regards to the season ahead but I know we have the right personnel in place to react if so. Going back to the players, I’ve been impressed with some of the fitness levels the players have come back into training with and I hope that will lead us in good stead over the coming season.”

The new season is right around the corner and within a month, teams will be looking to get their league campaigns off to a good start. Not having football have affected people in different ways.

“I think anyone that has been around non-league football would say it’s a big part of their lives and a big part of their weekly routine. It keeps people sane to a certain extent and six weeks in a normal off season is long enough, let alone five months! I’m looking forward to the return and being back in the dressing room. I’m glad football is back and we want to get down to business early.

“We play to have fun but we play to win football matches. I think it will be nice for everyone on Saturday to have an opponent in front of them and have that competitive edge back again and as a manager, I am excited for that.”

max Like most clubs, the target was simple. The thought of winning the league was at the forefront of Max Mitchell’s mind and so were the other cup competitions.

“Any competition we enter, I expect big things. We have signed some good players this year and we need to carry on where we left off and make sure we stay as humble as ever moving forwards. It’s no secret that we will have a target on our backs and any team that has competed at the higher end of a table, will have the same.

“We need to stay on course for what we want to achieve next season and earn the right to be amongst the top end of the table. We need to concentrate on us and us only. There may be a few surprises with teams that finished around the middle part of the table last season but there are certain teams who will be in and around the top end and I think a lot of people know who those teams will be.

“The overall target is to win the league. We had a good run last year and I think we will have a good chance this year. I want to make sure we stay competitive throughout and we’ll be organised and prepped from Saturday to Saturday.

“We won’t get too carried away just yet but we have a good experienced group that want to do right for themselves and for the club. You are only good as your last game and technically, our last game was a defeat to Hashtag United [back in March]. We need to get back on the winning horse and take it game-by-game.”